In this age of technology, one of the types of crimes that may be committed over the World Wide Web may be what we call internet crimes or cybercrimes.  A Los Angeles internet crimes defense lawyer may describe internet crimes as illegal activities that are completed through networks or the Internet.

A Los Angeles criminal attorney may also refer to more traditional crimes e.g. forgery, fraud, and the likes, as internet crimes when they have been done via the use of a computer or the Web.

Some of the most common internet crimes conducted include data interference which has something to do with the unauthorized revision of data from a computer, as well as accessing a network or computer through illegal means.

Engaging in ID theft and internet fraud are also types of internet crimes with rates of occurrences that have become very alarming.

Focus on Fraud as one of the most common Internet Crimes

Computer fraud may be defined by a Los Angeles criminal attorney as a crime that involves dishonesty and intentional misrepresentation to gain the trust of another person and in the end, causes loss of money or any other property. 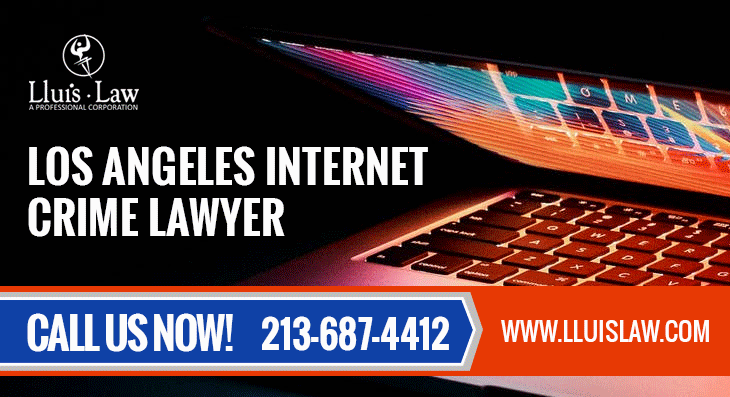 Alteration of stored data in a computer may be considered an example of computer fraud.  Manipulation of computers used by the banks and other financial institutions to be able to steal money or make withdrawals is also Internet fraud.

Aside from computer fraud, people may be warned by a Los Angeles internet crimes defense lawyer about hacking becoming widespread, not to mention child pornography via the Internet, and the invasion of privacy.

Programs created such as spyware are malicious because they are being used to gain access to your personal information, especially those financial in nature, which is usually used for Internet fraud and other Internet crimes.

Cyberstalking and Harassment: Internet Crimes that are Upsetting
Internet crimes, in particular cyberstalking and harassment may really be upsetting to their targets.   The Internet has become a place where obscenities thrive, most especially derogatory remarks that focus on racism, sexuality issues, and many more.

Internet crimes of harassment and cyberstalking may usually be observed in chat rooms as well as in e-mail threads, specifically found in the so-called ‘hate e-mails’ which may encourage the performance of crime against the targets.

A Los Angeles criminal attorney may also raise consciousness about the fact that the Internet is now a venue for drug trafficking.  There are now a number of Internet sites that sell illegal drugs and other controlled substances.  You may even be able to get information on how to cultivate drugs via chatting in limited-access chat rooms dedicated to drug trafficking.

Drug trafficking done over the World Wide Web can be considered as an Internet crime.  If you have been caught or set up, then it may be wise to hire a private Los Angeles internet crimes defense lawyer.

Keep in mind that Internet crimes are illegal activities that may not be easy to control.   This is why people may have to be aware and at the same time be prepared to prevent being victims of Internet crimes.

A Los Angeles criminal attorney may also be able to share with you some more tips on how to be safe from the various Internet crimes present today.

For more information about our services and the options in your case, please call our office and schedule a free consultation.