The Crime of Assault with a Deadly Weapon

Sec 245(a)(1) of the California Penal Code – states that the crime of assault with a deadly weapon is committed when an individual assaults another and a deadly weapon was used in the commission of the assault.

The difference here is that the crime is committed using a deadly weapon.

A deadly weapon is defined as an object, instrument, or weapon capable of producing or result in death or great bodily injury.

These include beer bottles used in a melee, threatening to use a sharp object or pencil to stab another, or ramming a car into another person or car.

This expands the definition of what a deadly weapon is as intended for its use during the incident determines its character in the commission of the crime.

This crime is committed through the use of deadly weapons, instruments other than firearms, or any means of force likely to produce great bodily injury.

While hands and feet are not considered as deadly weapons when a body part can cause great bodily harm to another, then the crime committed becomes aggravated assault. An example would be repeatedly punching an individual while being tied to a chair. 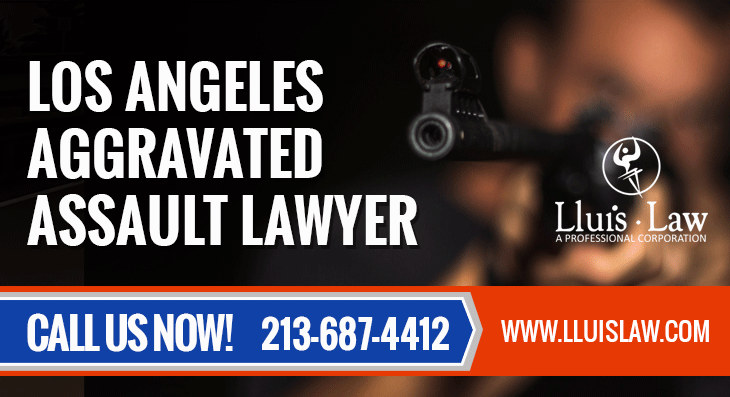 Great bodily injury, under California law, is any significant or substantial injury inflicted on another person. These include brain damage or paralysis but the injuries need not be permanent.

Determination of great bodily injury though is determined on a case-to-case basis, with factors such as the severity of the injury, the pain inflicted, and/or any medical attention extended for the injuries sustained.

For the crime of assault with a deadly weapon, California Penal Code Sec 245(a)(1) states that this can be prosecuted either as a misdemeanor or felony offense.

The determination of the degree of the crime committed depends on the weapon or instrument used in the commission of the crime, the severity of the sustained injuries, and the nature of the victim.

The following are the imposable penalties depending on the crime charged:

When the victim of the assault is an on-duty police officer or firefighter, regardless of the use of a firearm, then the imposable penalties are increased to five years.

For assistance in fighting charges places against you for assault with a deadly weapon in Southern California, contact our criminal defense lawyers today.

For more information about our services and the options in your case, please call our office and schedule a free consultation.